The cultural capital of Odisha has its mass population conclusive of several communities, Oriya, Bengali, Marwari, Gujarati, Telgu and many more. As the majority of population belongs to the Oriya community lifestyle of the city is more like that of traditional Oriya. Situated at the delta of River Mahanadi, Kathjori and Kuakhai, the millennium city of Odisha enjoys a diversified culture and followers of those cultures. The traditional touch can be noticed in the people of Cuttack. 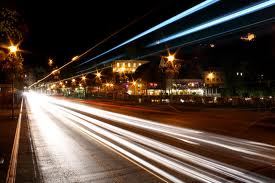 Influence of the Migrated Cultures on Cuttack Lifestyle

Cuttack being the commercial capital of the state witnesses the most varieties of races and cultures within its boundaries. Although, the primeval value system of the Oriya community binds them strongly, keeping them grounded in their age old traditions and remains unaffected by the migrated communities in the city of Cuttack. From the dresses to the food and from the way of interaction to the luxuries, all have an influence of the migrated breed from various places of the country on the lifestyle of the silver city.

Enthusiastic yet grounded, simple living yet high thinking is the best description of the Oriya people. It is a fact that most of the high level doctors and medical research scholars across the country are from the state of Odisha. The women of Cuttack are more on the side of being housewives than working after the marriage. Although now the trend is changing gradually and in several sectors in Cuttack women have taken charge. People of Cuttack do not mostly believe in showing off their style and standard of living, they rather prefer being modest. The best example of it is that most of the rich lot today also prefers travelling in two-wheelers and public transport that travelling in personal cars.

Cuttack is also very famous all over the country and abroad for the sports. The world famous Barabati Stadium of Cuttack is one of the major reason behind it. Kabaddi being the favorite sports among the Cuttackiaas most of them yet prefer Cricket. Shib Sundar Dash and Debasish Mohanty who belong to the silver city, are some of the names which are always remembered while talking about sports in Odisha. They have been a part of Indian cricket team and represented the Indian team at several international venues.


Language Spoken and Their Love for Food

Oriya is the official language of the City although here are other dialects which also exist side by side. Mostly people of Cuttack prefer rice in the meals and dinners. There are varieties ways the Rice is being cooked among which the Pakhala (Wet Rice) is the most favored one. The street foods are rather preferred in compare to the Restaurants one. Dahibadaa-Aaludum and Chaat are some of the most loved food in the city.

As there are people of several communities residing in Cuttack since ages, there are several religious and spiritual activities also performed. Dushera being the most amazing and loved festival of the Hindu community Eid is also being celebrated with the same charm by the people of Muslim community people in Cuttack. Rath yatra, Makar Sankranti, Christmas and many such festivals are being celebrated by the residents of Cuttack with full enthusiasm.


Cuttack is believed to be one of the ancient cities of the country and with the kind of history it has and the kingdoms that have ruled over it, it can be said that Cuttack has a great culture and this can still be seen through the people of the silver city.

Explore more about Lifestyle in Cuttack